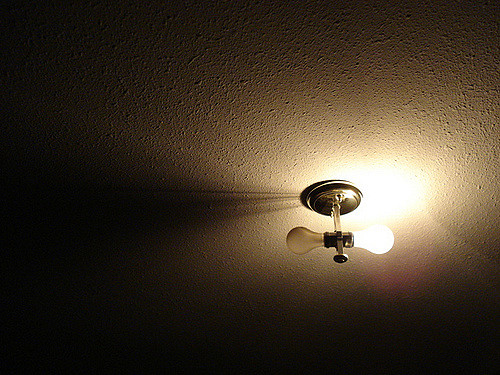 Last week in the mid-morning, in a darkened office, thedatabank staff were standing around wondering what to do. The building’s power had gone out a half hour earlier, and the building manager didn’t know why or when it would be restored. Should we wait in the office or go home? Semaphores were dead in the surrounding area. A utility crew milled about a large hole they had made in Washington Avenue. As we looked down at them from our fifth floor window, we were sure they exhibited a guilty demeanor (but we were wrong, it was an Xcel Energy component failure).

The office phone system was down, which for the techies may have been the best part of all. Karen and Richard were running Wi-Fi hot spots on their smartphones so we could all still work, betting that the outlets would come alive before our laptops and cell phones went dead. We had plenty of natural light coming into our suite from the beautiful day outside. The building was running on diesel power, so there were dim lights in the halls, but nothing fancy like elevator service. Security keyfobs still worked, toilets flushed, faucets ran.

“There’s no ventilation, we’re all going to die!” I helpfully chirped. Probably not the best thing for a company executive to blurt, but it got a laugh, and those present soon decided to finish up the day from home.

It’s nice that an office power outage no longer means a significant disruption of business. And it’s nice that it never means a disruption in our system’s availability to customers, because our servers run in top-notch data centers with multiple power systems and internet backbone connections. As thedatabank’s CTO I have a giga-mess of things to worry about, but in this decoupled and redundant world, a run-of-the-mill power outage is no longer one of them.