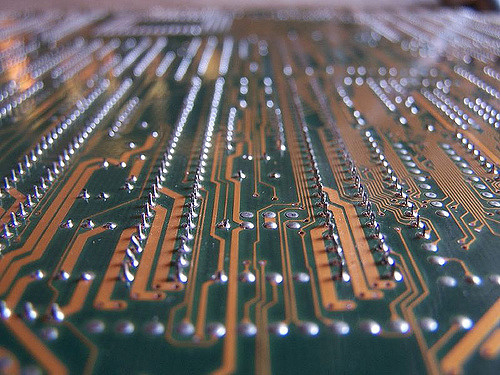 I was reading the paper this morning and saw an advertisement that got me thinking. The ad was for Ashford University, which I had never heard of, and featured a big picture of a tablet computer with the headline, “Technology Changes Everything™”. The subscript included the line, “Technology is the greatest populist force in our times” (They have a video campaign with the same message as well).

In 1998, when we started thedatabank, we came up with the tag line “Technology for Change” as a way to easily describe what we believed our software would be used for. At that time we saw the potential of our software being used by people in nonprofit organizations to help them fulfill their missions and therefore effect change. This ad moved the equation to a whole different level. What it said to me is that technology itself was the agent of change not those that used the technology.

My first reaction to the ad was that’s ridiculous. Technology is not change. It’s just a tool for people to use in whatever way they desire. Technology by itself doesn’t have a vision for something different and then purposely act to make that vision reality. When I showed the ad to my wife and expressed my feelings, she replied, “what about artificial intelligence and the development of technology that learns, Isn’t that change?”

But one question keeps popping up in the back of my mind as I think about this: Shouldn’t change have some direction, some purpose? If technology is an agent of change, where does it get its direction, its purpose? The easy answer is that technology is the creation of people and people give technology its direction and purpose. At thedatabank, we have team of humans that think about how our software should work and then write code to make it happen.

But then there’s The Matrix. In spite of what you might think about Keanu’s acting ability, are we that far away from a world of sentient technology that has its own concept of self? After all, human life can now be defined by its genetic code. What’s the difference between genetic code and C++? This is science fiction, but it’s based on the possibility of what might become reality in the future. I know that sounds like a disclaimer from a Lifetime docudrama.

What I do know is that technology has had a dramatic effect on the pace of change in our world. Change seems to happen faster and faster. Twenty years ago I couldn’t envision a time when text messaging would replace email, which had replaced telephones, as the primary method of people-people communications.

What effect will technology have in the next 10 years? Will technology continue to be an agent of change? Are we at risk of losing control of technology or has that already happened? I don’t have any good answers, but it seems like these questions should be part of our public discourse. And why is it that very few of our public officials want to engage in this discussion?