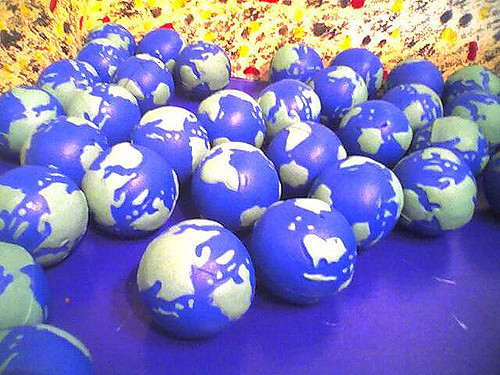 The fundraising world, or at least a very small part of it, was sent into a tailspin last week when Blackbaud announced it would be closing down the Common Ground fundraising software it had acquired when Convio became part of the bulging Blackbaud empire. If you missed it, there are plenty of tweets, posts and other communications floating around the interweb. Just Google it, Bing it, or ask Siri.

I could gloat that my post from January, when Blackbaud announced that it had purchased Convio, foretold that this would be happening, but I wasn’t the only one saying this. In fact, anyone that’s studied business in the late 20th or 21st Century can tell you the modus operandi of public companies is, “Maximize Shareholder Return”. In fact, the boards of public companies have as their primary legal responsibility to operate in the best interests of their shareholders.

This isn’t to say that public companies are inherently evil or don’t take into account the impact their decisions might have on their customers, their employees and the communities in which they operate. Of course they do. While corporations are not people, people do run the corporation, and people are basically ethical. However, when those business decisions are made in a public company, they better be able to show their shareholders why this decision is the best decision for them. In other words, how is this decision going to impact the value of their shares?

So other than current users of Common Ground, why does this matter to the nonprofit community? I believe it matters for a couple of reasons.

I have read a number of posts from Common Ground customers that say things like, “We just switched to Common Ground after several months of looking at options and several more months of transferring data and setting up the system. And now they do this! I’m p…ed!” The sad reality is if they start working on it now, they should be able to transfer to another system by the March 2014 execution of Common Ground.

2. Most nonprofits and large public companies don’t share a lot of “common ground” – By that I mean that nonprofits are mission driven. They come into being and exist for the public benefit. Public for-profit companies on the other hand are driven by the interests of their shareholders. Sure, public companies do many great things for the nonprofit community. While these actions benefit nonprofits, the actions are always taken in light of how they will also benefit the value of the corporation.

It’s telling that in the 25+ years that there have been for-profit technology companies focused on the nonprofit community, there is only one that has been successful as a public entity. For a sector that constitutes almost 10% of the US GDP, to have only one viable public software company focused on the sector is remarkable. I believe this is a result of the difficulty that for-profit companies focused on the nonprofit sector have in attracting and sustaining investments from the same investors who could buy Google or Apple stock.

There is a growing group of investors who invest in social ventures or businesses that focus on double or triple bottom-line metrics. Those investors are looking for financial and social returns on their investments. There may come a time when companies backed by such investors find success in the public markets, but that’s not the case now. And that’s not who has invested in Blackbaud.

I suspect that the Common Ground announcement will not be the last of its kind from Blackbaud. I would also expect that we’ll see more acquisitions by Blackbaud as they continue on their march to sector domination and increased shareholder returns. Organizations that invest in Blackbaud technologies should not be surprised when Blackbaud makes decisions that are not in the best interest of their customers, in spite of what they may say.