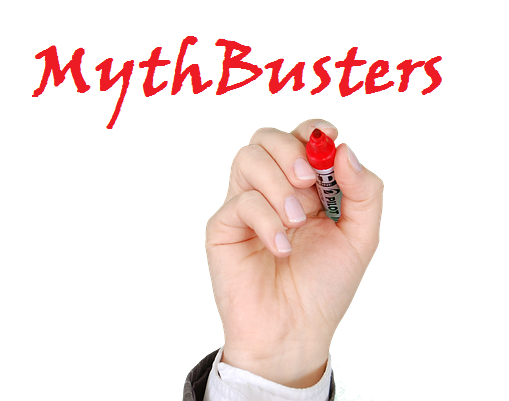 Disclaimer Preface – any perception that this post is talking about you is purely coincidental. These myths are based on common lore and may or may not be true for you. But if you can relate to these myths, it might be a sign.

I’ve been helping people use fundraising database software for over 2 decades, yet I continue to be surprised by some of the comments and questions I get from those users. Many of these questions I will attribute to myths people have about databases and software in general. Today I’m going to talk about a couple of these myths to try and understand why and how these myths began, and what we can do to bust them for good.

Myth #1 – The database will make my data better

A commonly held myth is that database software will somehow make my data better. What “better” means varies but some of the more frequently heard meanings are:

Busting Myth #1 – Given the sophistication of today’s hardware and software it’s easy to imagine why people would think that software is actually intelligent. Add on to that the marketing that technology companies do to make you believe their technology is omnipotent and you have a myth.

Of course software and hardware, at least to date Terminator fans, is all created by humans and is only capable of doing what we’ve programmed it to do. While database software continues to become capable of handling more sophisticated tasks, we’re a ways away from it being able to make complex decisions that require subjective judgments. A database deduping program might be able to adequately identify 90-95% of duplicates but those remaining 5-10% still require human intervention. And, even with all of the advancements in database systems, the adage “garbage in garbage out” still remains true.

Myth #2 – The database will raise me more money

Busting Myth #2 – Fundraisers raise the money that people give, not software. Fundraising software is a valuable tool for helping fundraisers raise money. It can help them understand who their supporters are, help them figure out what to ask their supporters for, and help them track how their supporters interact with their organization. Alpha Organization likely raised more money because it did a better job asking the right people for money. Just about any fundraising software can help you do this. There is no magic in xyz software. A simple analogy to this is a hammer doesn’t pound the nail in by itself, it takes a human to swing the hammer and accurately hit the nail on the head.

So the next time someone, not you of course, invokes one of these myths, you’ll be able to bust it – but be gentle, we all have our mythical beliefs.
Ever Onward –
Chris Hanson
The Fortunate Technologist and CEO of thedatabank, gbc