Fighting for a historic cause – A volunteer’s analysis 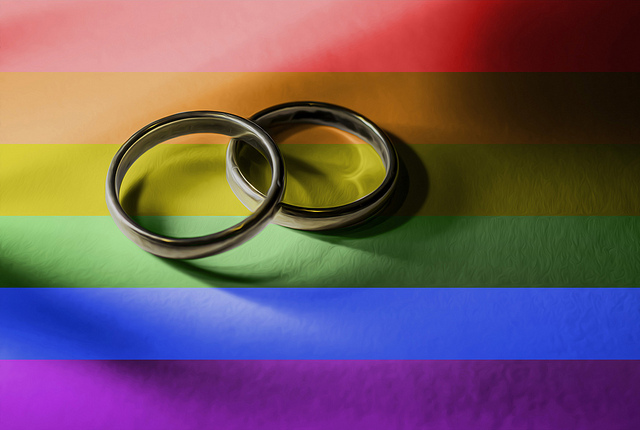 Last week, Minnesota made history as the first state to vote down a constitutional amendment banning same-sex marriage. All 31 states where the issue had previously been put to a popular vote had elected to enshrine discrimination in their state constitutions.

I wasn’t in the upper echelons of planning or strategy for Minnesotans United for All Families. I was just a regular ole’ run of the mill volunteer — one of an astounding 27,000. I can’t claim to have done anything greater than show up and do what was asked of me. I did phone banking, knocked on doors, put a sign in my yard, and hosted a house party.

Analysts far superior to me have already dissected how Minnesotans United for All Families built a successful “Vote No” campaign. Here’s my favorite analysis, by Minnesota Public Radio.

However, I did get an inside look at how a well-run organization recruits, galvanizes, and leverages volunteers. These are lessons that apply to any nonprofit.

1) Ask for help: My first visit to the Minnesotans United for All Families office was to pick up a yard sign. As I entered the office, I was greeted by a volunteer who gladly gave me a yard sign and also asked me to sign up for a phone banking shift. The hardest part for most organizations is convincing someone to volunteer that first time — it’s much easier to get a volunteer to return. It all starts by simply asking everyone who crosses your path for help.

2) Provide overly thorough training: I was a little nervous before my first phone banking shift. I’m not a shy person, but it’s scary to think about calling strangers and asking them to share their thoughts on a contentious issue. MN United’s training was so thorough, complete with a detailed script, role playing, and expert staffers, that I was soon put at ease. And there was more training each time I volunteered. Even after I felt like I had the script memorized, the training at the start of each phone banking session was a good opportunity to meet other volunteers and get re-energized about why I was there.

3) Make it personal: Before each shift, all volunteers were given a paper heart and asked to write the reason we were volunteering that day. Then we went around and shared our reasons. At first I thought this was really cheesy and juvenile, but it actually proved to be quite powerful to hear people’s stories. The hearts were then taped on the walls of MN United’s office. By the time election day arrived, the walls were covered in thousands of colorful hearts that collectively made a personal and poetic case for marriage equality.

4) Ask for recommits face-to-face: During the last hour of a shift, the supervisor approached each volunteer individually and asked when they could return. Even if I’d already signed up online for another shift, the supervisor would still ask me to write down on paper when I was coming. Because I was engaged in a conversation with a real live person about my availability, rather than just an anonymous computer, I felt more committed to actually showing up for my next shift.

5) Group debrief: Sometimes I had wonderful conversations during phone banking, speaking to dozens of voters who felt as strongly about marriage equality as I did. And sometimes I spent 3 hours talking to one person after another who supported the amendment, which left me feeling dejected and deflated by the end. That’s why a group debrief is so important. By reconvening with the other volunteers, I was able to see the overall impact of our work.

6) Convert volunteers into donors: After the group debrief, the volunteer supervisor always did a quick, moving, and public ask for donations. She would tie it into one of our accomplishments like, “Today we spoke to 40 voters who plan to Vote No. Who can give $40 in honor of that?” She’d hand a donation envelope to each volunteer and remind us that our time was invaluable, but that it would also take money to win this campaign. Even when I was feeling financially tapped out, I always ended up making another donation. Don’t underestimate the power of an in-person ask on someone who’s just given you a few hours volunteering.

7) Encourage volunteers to recruit friends: A key element of the campaign was reminding supporters to have conversations with all their family, friends, coworkers, and neighbors. The staff shared statistics that people were 67% more likely to Vote No if someone they knew asked them to. What’s a particularly positive volunteer experience that you’ve had? What aspects made you keep going back for more?