For years, the Illinois Coalition for Immigrant and Refugee Rights (ICIRR) has used thedatabank’s Advocacy Software to influence key decision makers on important immigration issues. Recently, their efforts took a more personal direction when they learned the story of Rigo Padilla.

Rigo, a college student from Chicago, came to the US from Mexico with his mother and 2 sisters when he was 6 years old to reunite with his father. After learning that he was undocumented as a teenager, Rigo vowed to work hard in school and become a valuable member of society. He is currently a straight-A college student and dedicated volunteer. Unfortunately, last winter, Rigo was arrested for drunk driving and was ordered to be sent back to Mexico immediately.

ICIRR learned that many people involved with their organization and their member organizations had connections to Rigo. Everyone was shocked that such a great, hard-working young man could lose everything he had in the US in an instant and be forced to return to Mexico where he knew no one. So, they decided to rally on his behalf.

ICIRR used their Databank as the vehicle for this endeavor by emailing Rigo’s supporters and asking them to use the “Tell-A-Friend” feature to encourage others to join the cause. Supporters set up laptops around their college campuses and recruited countless fellow students to send faxes to their legislators in support of Rigo.

Students simply entered their home address and the advocacy software matched them with their representative(s), to whom they could send a fax with one click. Though online advocacy can sometimes feel impersonal, the students appreciated seeing a photo of the person they were contacting right on the screen.

Through The Databank’s advocacy software, over 18,000 personalized messages in support of Rigo were sent to legislators including Roland Burris, Richard Durbin, and Janet Napolitano.

“The Databank was helpful in easily allowing students to send faxes and tracking the number of contacts made to each of the targets. The reporting of number of faxes sent was a strong motivational factor throughout the campaign,” – Nathan Ryan, E-Advocacy, Web, and Tech Manager at ICIRR.

This past December, ICIRR learned that the Obama Administration decided to defer Rigo’s deportation for one year. Although the fight is far from over, this gives Rigo and his supporters more time to fight against this un-fair deportation. Rigo plans to stay active with ICIRR to fight for immigration reform for the millions of people like him.

Shortly after Rigo’s deportation was deferred, Rep. Luis Gutierrez introduced Comprehensive Immigration Reform for America’s Security and Prosperity Act of 2009 (CIR ASAP) to the House, which provides a path for undocumented immigrants to earn their legal status. The clock is ticking in the effort to get this immigration reform passed; not only for Rigo, but for others in his shoes.

Update: On May 7th, 2010, this campaign was awarded two prizes for excellence in communications by the Publicity Club of Chicago. The first was a “Silver Trumpet” in the Issues Management Area. The other was the “Quality of Life Award.” which is a prestigious Signature Award. Congrats, ICIRR on your hard work!

TexProtects, The Texas Association for the Protection of Children, is a Dallas-based agency whose mission is to reduce and prevent child abuse and neglect through research, education, and advocacy. TexProtects prides itself in its ability to mobilize advocates across Texas to speak out about child protection. Child abuse and neglect continues to affect an overwhelming […] Read more

The Tennessee Immigrant & Refugee Rights Coalition and the American Center for Outreach share more than just a commitment to underserved communities in Tennessee – they also share an address. They are both part of a unique nonprofit community space that contains offices of nonprofits with similar missions. “One of the things we at TIRRC […] Read more 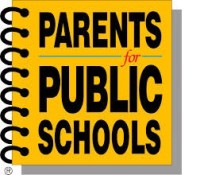 Parents for Public Schools, Inc.(PPS) is a national organization with over 20 years of experience strengthening public schools by engaging, educating, and mobilizing parents. PPS is located in Jackson, MS, and has 19 chapters in 13 states. Before The Databank, PPS and its chapters used various systems to further the mission of the organization. From […] Read more

Conservation Alabama uses the Databank to get out the vote

For the 2012 Election, Conservation Alabama worked tirelessly to encourage voters to support Amendment One, a 20 year extension of Alabama’s Forever Wild Land Trust. Forever Wild has helped preserve 227,000 acres of land that provide the state with economic, recreational, and water quality benefits. In order to ensure that the benefits of Forever Wild […] Read more 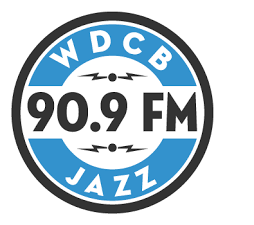 WDCB optimizes their fundraising with innovative ideas and help from thedatabank

Customized Donation Pages For Each Audience Like all public radio stations, WDCB, located in Chicago, fundraises from many different segments of its audience. From long-time donors, to newsletter donors, to first time web site donors, WDCB had many different targets to contact, and only one online donation form to use for all of them. WDCB […] Read more